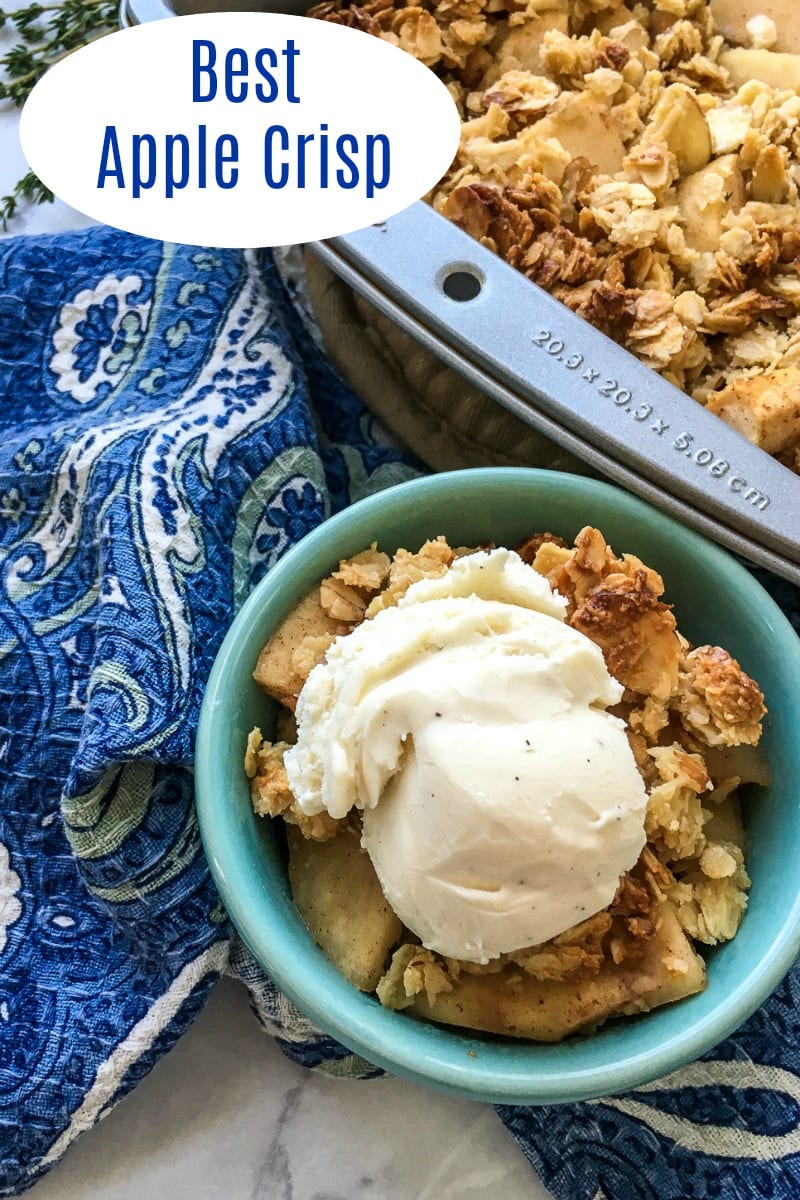 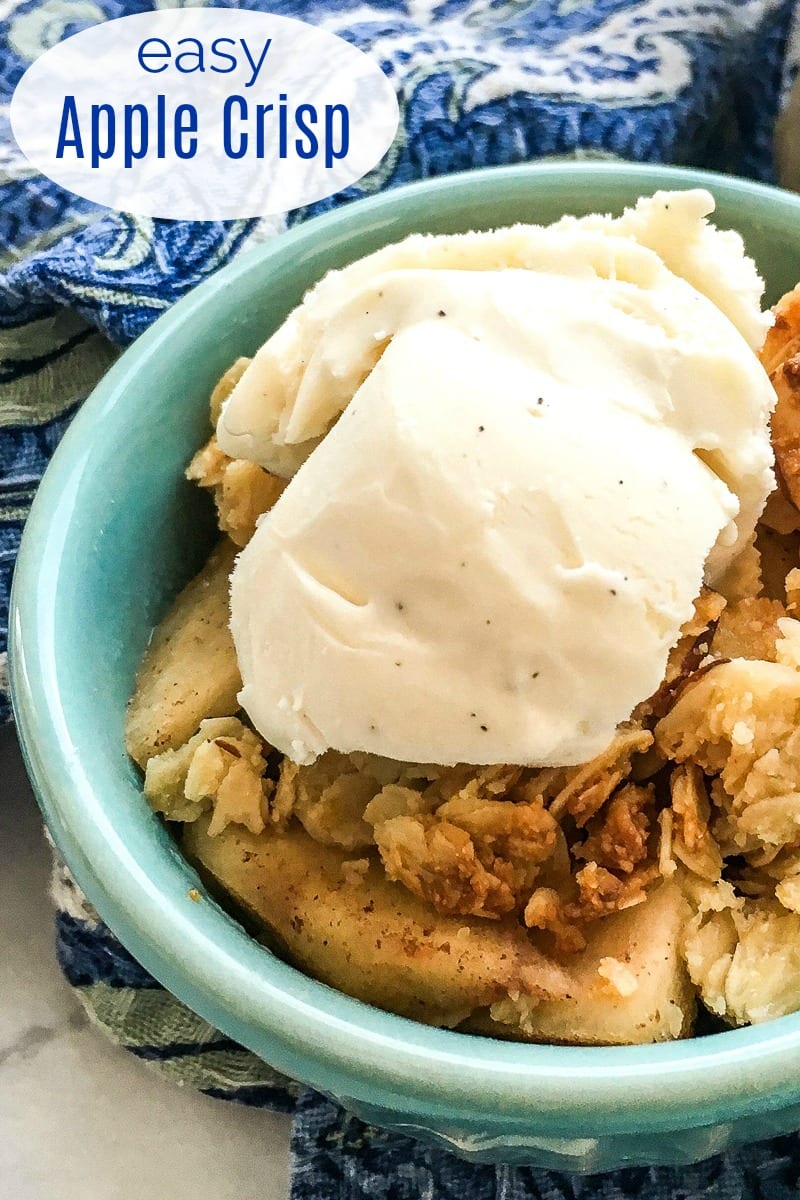 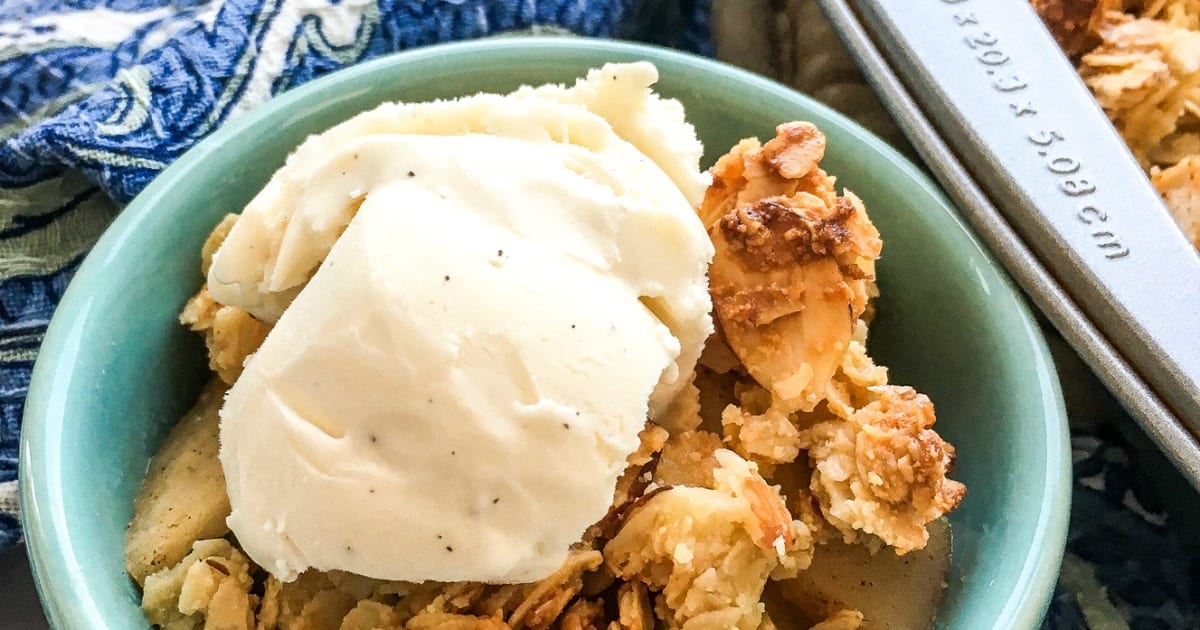 Bake this mouth watering comfort food dessert, when you want to enjoy the best baked apple crisp. Every bite is a satisfying treat.

The fruit crisp recipe is simple, so you can have a homemade apple dessert with just a little bit of effort.

If you can pick your own apples or get just picked ones from the farmers market, that would be ideal.

Wherever you get your fruit, make sure you choose firm, crisp apples, so that you can get the best results. 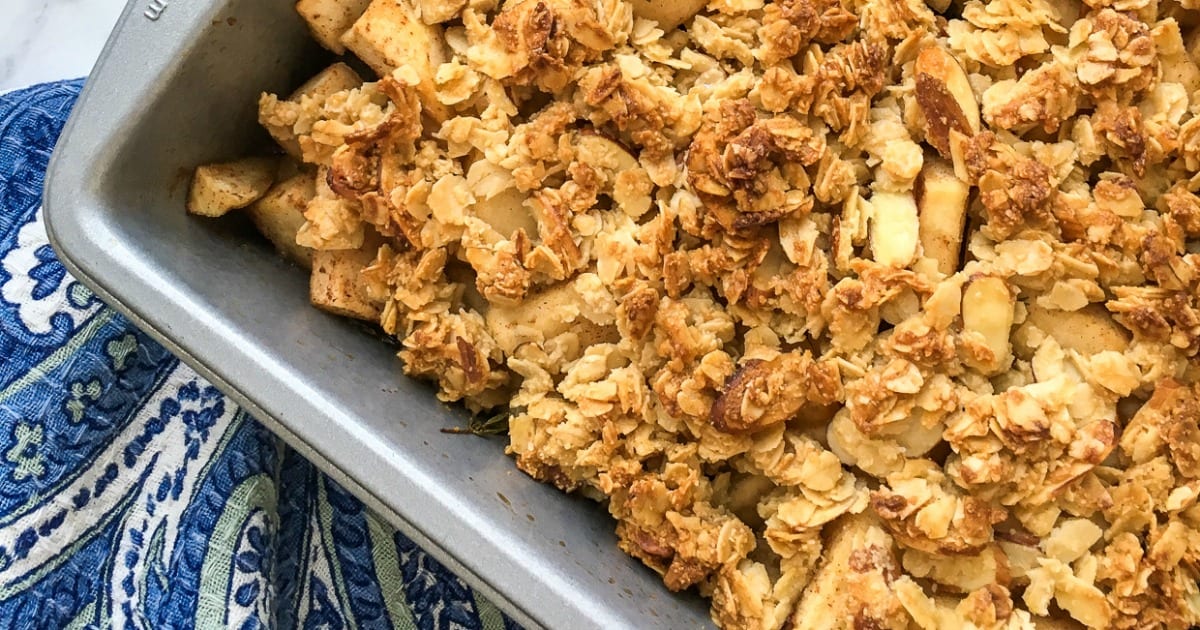 Both layers of this crisp are perfectly seasoned, so the flavors really shine.

There is a bit of lemon juice, which keeps the apples from browning.

Then, it is sweetened with real maple syrup and given some extra apple flavor with a bit of apple juice.

Cinnamon, nutmeg and allspice enhance the dish, which give it that classic apple crisp taste.

The crunchy topping is a treat, and can be safe for those who are gluten intolerant as long as you choose oats that are labeled as gluten free.

It is extra crispy, since it is made with almond flour, sliced almonds and, of course, oats.

The apple crisp dessert is easy to assemble and is absolutely delicious.

Serve it with ice cream or whipped cream or simply enjoy it as is. 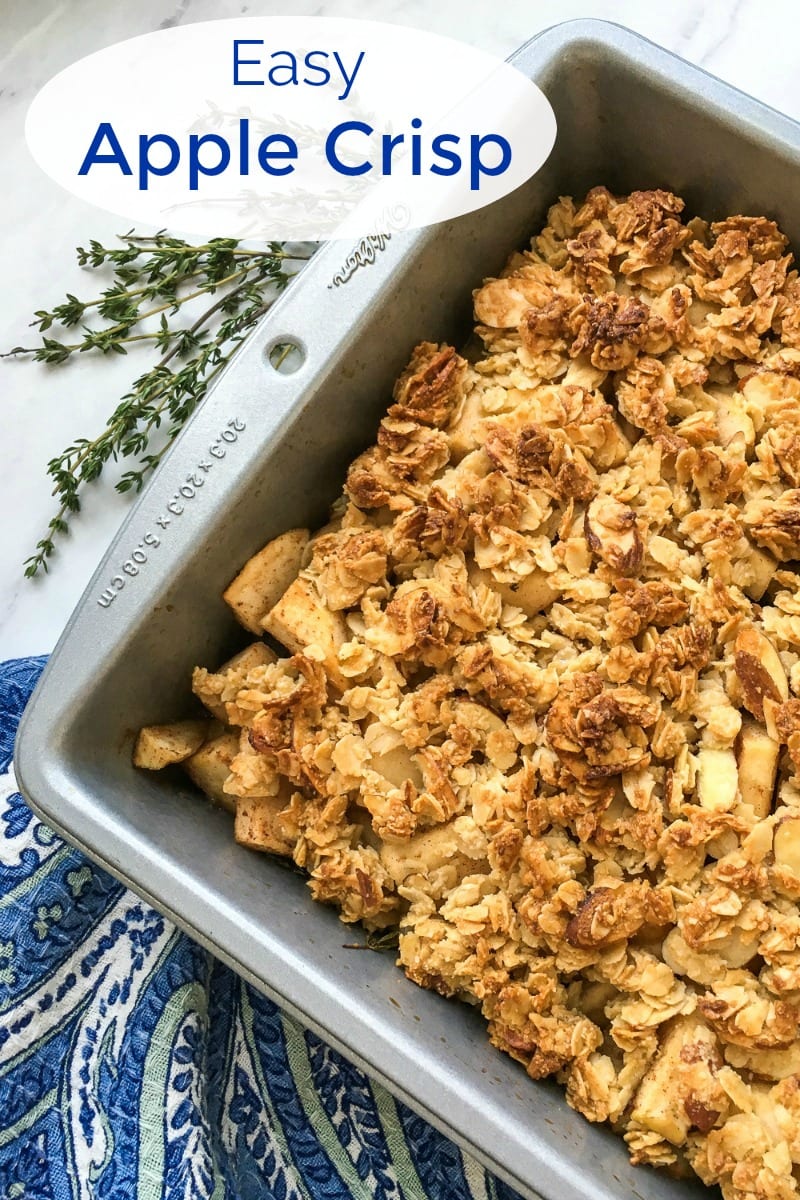 3) Add all of the topping ingredients to a second bowl. Combine well.

4) Spread the apple mixture evenly in the bottom of the prepared baking dish. Then, add the topping in an even layer.

5) Bake for 30 minutes and then cover loosely with foil to prevent over-browning. Then, bake for another 15 minutes until the crisp is bubbling. Remove from oven and cool for 5 to 10 minutes.

6) Serve on its own or with a scoop of vanilla ice cream or a dollop of whipped cream. 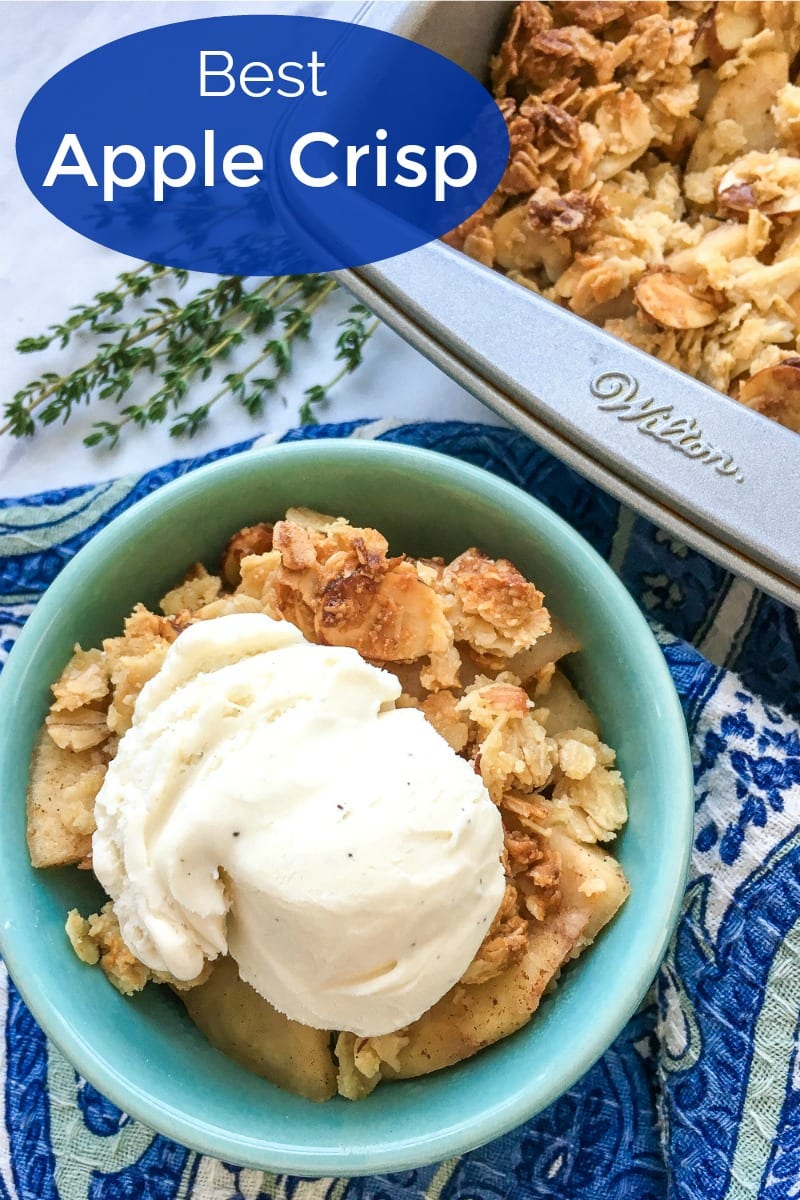 Check out my other dessert recipes, so you can get more sweet inspiration.

Following are a few of my other delicious dessert recipes:

Then take a look at the rest of my vegetarian recipes, so you can have even more delicious fun in the kitchen!