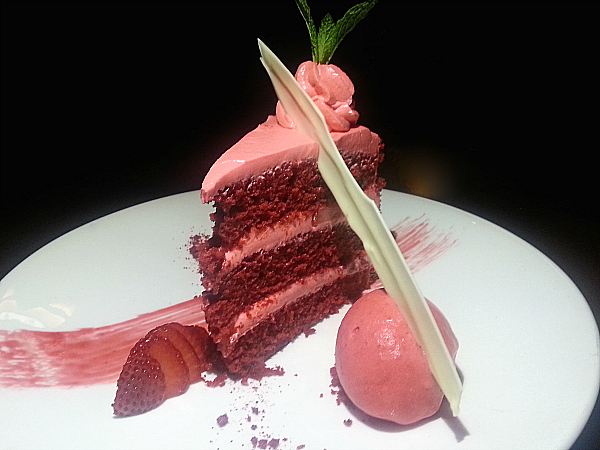 Oh my! Yes, this red velvet cake was as good as it looks.

Tamarind of London is known for their exquisite dessert menu. This particular dessert is also helping to raise money for charity.

This month, Tamarind of London has partnered with the (RED) campaign to help in the fight against AIDS. They have created two RED menu items for the cause – the RED Velvet Cake and a RED Rose Petal Martini.

The non-profit organization was founded by U2’s Bono and Bobby Shriver. They are hoping to create the first AIDS-free generation. One way they are working towards this is by providing pregnant women who have AIDS with medication that will prevent the disease from being passed onto their babies.

The RED Velvet Cake and RED Rose Petal Martini are both quite delicious. They are even more enjoyable when you know that the proceeds are going to have a positive impact on the lives of others.

Kudos to (RED) and Tamarind of London! 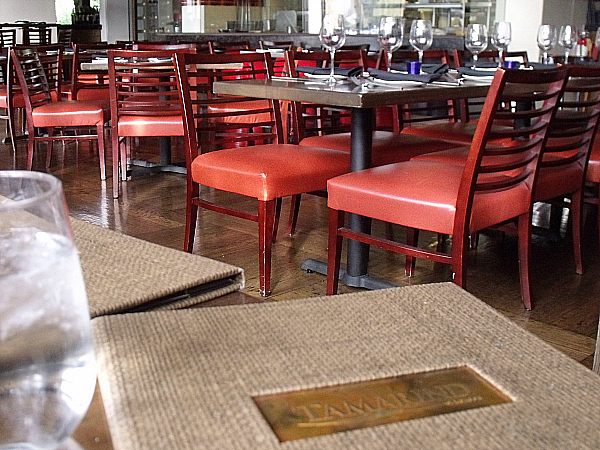