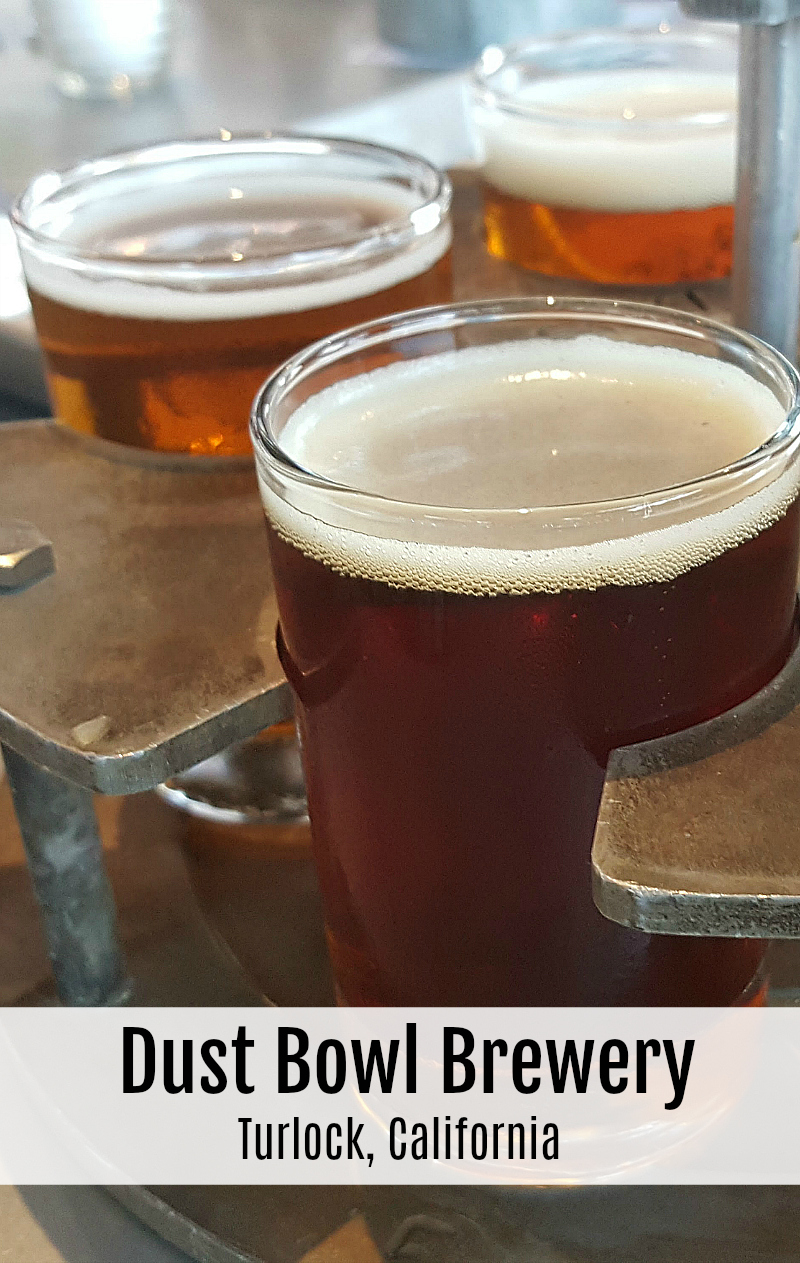 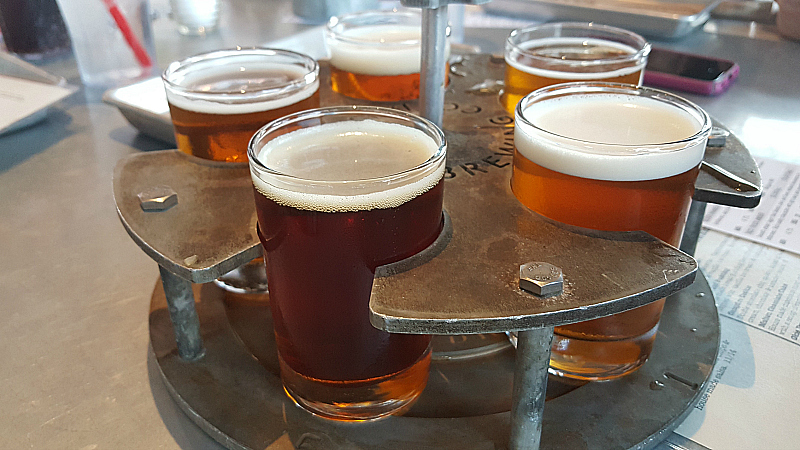 With the popularity of craft beer, breweries are popping up all over California, so it was great to discover Dust Bowl Brewing.

When I travel, it’s fun to stop in local establishments for a drink, a bite to eat and to soak up some culture of the surrounding area.

Dust Bowl Brewing Company is much bigger than I expected.

It was obviously a welcome addition to the Central Valley California town of Turlock.

They opened their downtown taproom in 2011.

To handle the steadily increasing demand, they opened a second, larger location in 2016.

It was packed when I visited, so it looks as if they may need a third location soon. 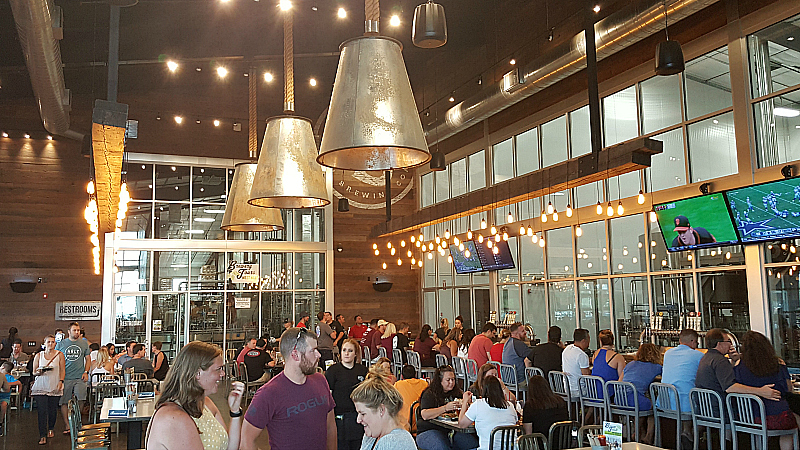 Guests can view the brewing and bottling process through large windows in the main dining area.

It was a beautiful night when I visited, so we sat outside.

If you’re looking for some friendly competition, you can play bocce ball or oversized games including giant Connect Four and giant Jenga. 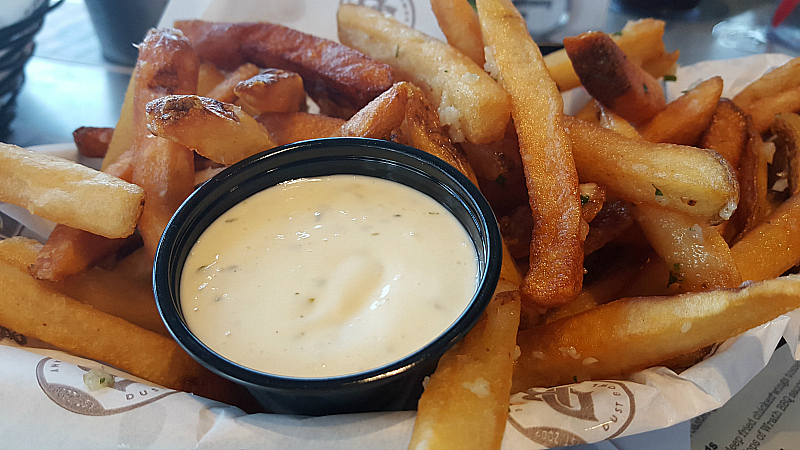 The family of one of the owners originally migrated to California from Oklahoma during the post-Depression dust bowl of the 1930’s.

This is how the brewery got it’s name.

With a nod to John Steinbeck, their first brew was named Hops of Wrath.

Servers are knowledgeable about the beer selection.

They have IPAs, stout, lagers, pilsner and ales.

You can order by the glass or as a flight.

Of course, you can also purchase growlers or kegs to take home with you. 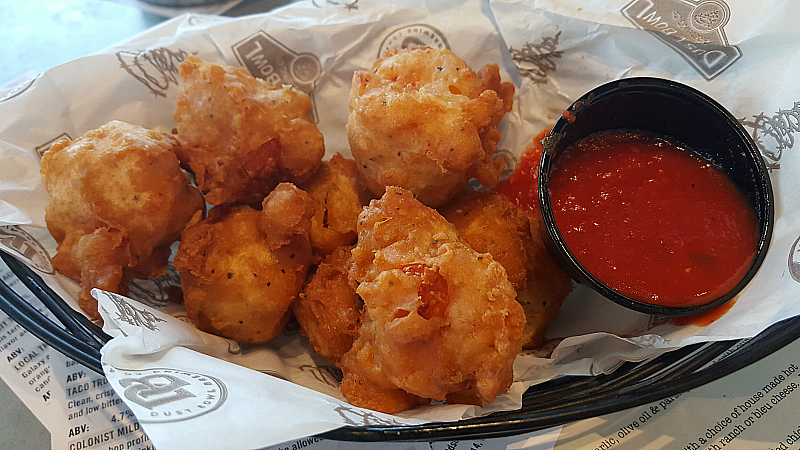 We ordered a variety of appetizers to share before our entrees arrived.

My favorite was the deep fried cheese curds made with Squeakers curds from the local Hilmar Dairy.

I had a salad with baby greens, fresh fruit and candied walnuts.

Others in my group had shrimp salad, pizza, and poke.

The dessert menu looked great, but I was too stuffed to try even a bite of anything else. 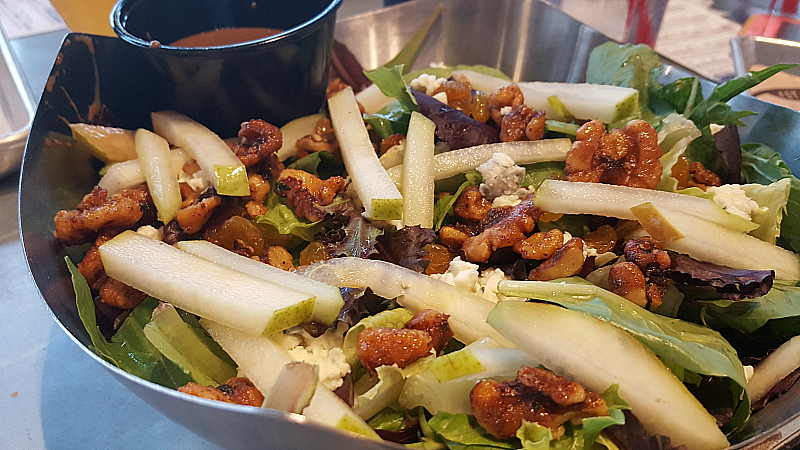 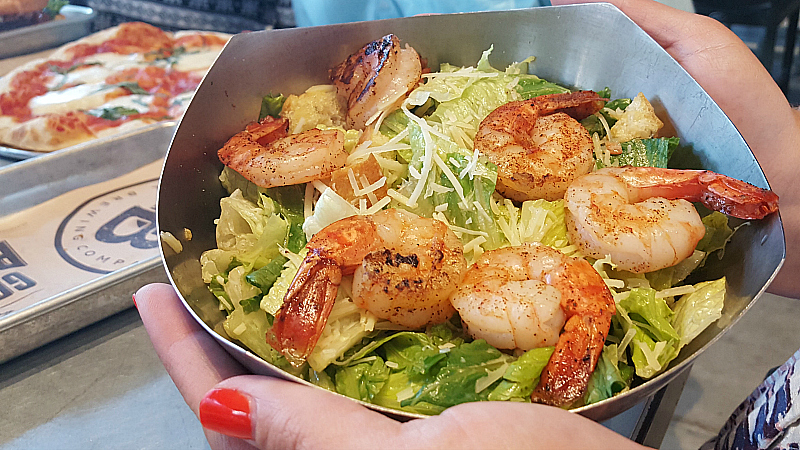 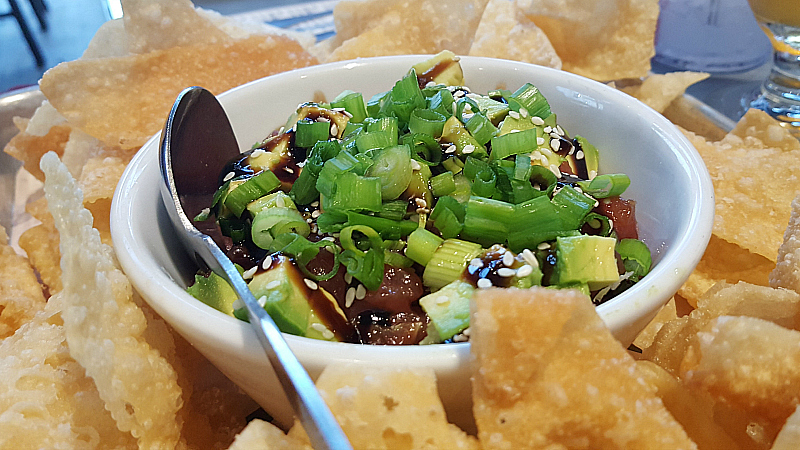 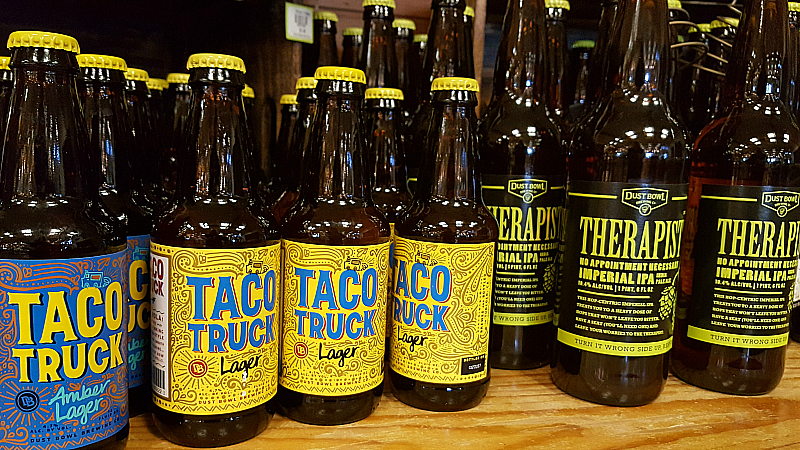 The restaurant and lobby were packed when we arrived, so I was glad we had a reservation.

We were seated right on time.

Our servers were quick and attentive, despite the crowd.

I had a good time at Dust Bowl Brewing Company.

It’s a fun place to enjoy drinks and a meal with friends. 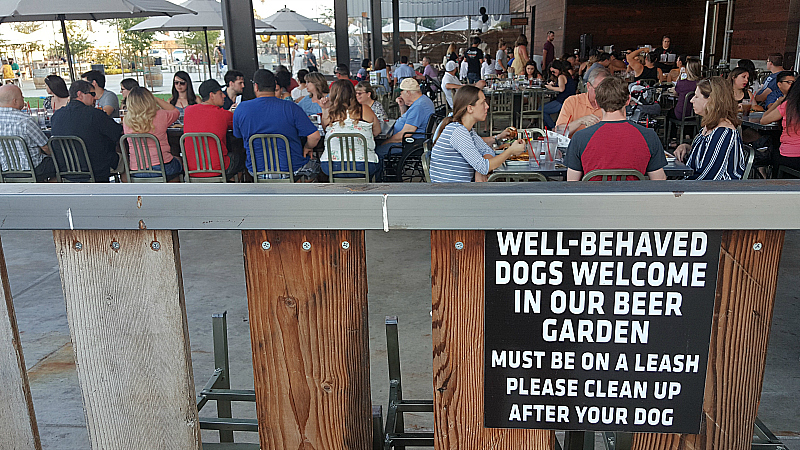